Guess what I did?

I have been away from this space as the usual busyness of my life exploded into chaos. We are all fine, learning to manage things again. My Mom is in town visiting with my little brother. It is nice to have her here.  We are also preparing to leave on a trip to Iowa to visit Matt's brother the end of this week. It will be so nice to be away from home and work and spend a few of those days at a lake. And I am also about to have a four year old roaming the house.

Now that you've been updated, I will tell you what I did. As I prepared for the 5k I ran last month I created a habit of running four times weekly. I have fallen in love with this habit all over again after years of not running.  Recently I was approached to take a spot in a local half marathon. My first instinct was adamant refusal. I talked with a friend and experienced runner who had run the race before and she was sure I could do it. I thought about it for a few days and finally decided to try, simply to see if I could.

The last couple weeks I increased the length of my runs minimally and had planned to do a trial run last week. I woke up late and found out that I wouldn't be able to run it after all. I decided to only run 6.5 miles- the furthest I had ever run.  Then my friend said I could run in place of her sister's son. I was excited, especially after almost losing the opportunity. I was also nervous because I had no idea if I could even run that far. 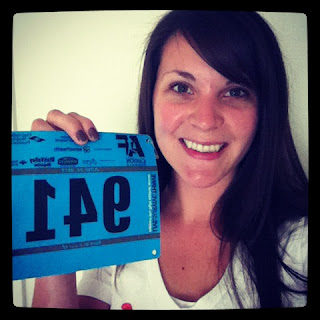 Yesterday I woke up at 3:30 am and prepared to leave. I was a sort of nervous, excited the whole morning. We rode a bus from the finish line up the canyon to the start. I took in the beautiful mountain surroundings as I waited for the race to start.  There was a small voice in my head screaming at me that I was crazy for attempting to run twice as far as I ever had in a race. I reminded myself that I already had learned to run farther than I ever imagined and resolved to do my best.

The race started and I remembered to go slow on the steep downhill slope. I had to stop a few times for water and restroom breaks as well as to fix my shoes when my toes started aching at mile eight (from running downhill), but I ran the entire way until mile twelve when I has to walk a few steps because of my toes. I talked myself into running through the pain as I was not going to finish that race walking. I ran the rest of the way, frustrated at my feet as he rest of my body and lungs felt fine.

The elation as I crossed the finish line after running 13.1 miles is hard to describe. I received a medal stating I was a half marathon finisher. My official time was 2:16:22. 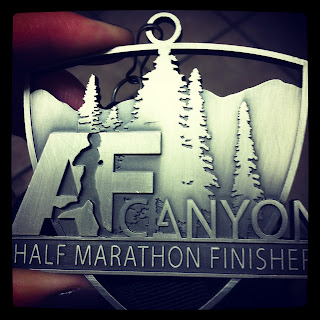 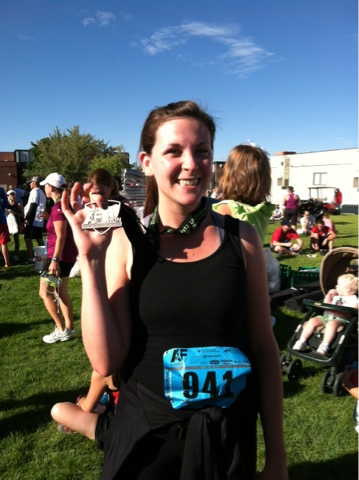 I am here to tell you that the you can do anything you set your mind to. You just have to be willing to try and prepare as best you can. I will do this again. I will keep pushing my limits.

I am a little sore today, but I can handle it. My body will recover and I will set a new goal. Who knows what I will accomplish next!
Posted by Katrina Jackson on Sunday, June 24, 2012